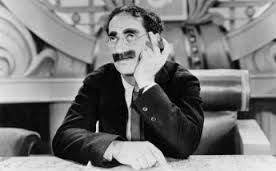 Now let me start off by saying that each cigar store is different in that everyone I have been to portrays its own personality. I have been to cigar stores which come across as private university libraries where the chairs and walls are oak and leather, the employees wear tuxedos and there is an overall lull which, much like a library, intimidates any notion of verbal communication. Also I have been to cigar stores where the furniture is held together by duct tape, there are a thousand trinkets on the wall like an undusted TGI Fridays and you can’t tell the difference between the employees and the customers as everyone seems to be drinking beer, yelling over the TV or at the TV and going behind the counter. So it goes without saying that the list below is to be taken as a small sample of cigar store sayings that I have come across at our store, Tobacco Haven, here in Brookline NH. The list is meant to shed some light to local cigar smoker culture and it is not recommended that you try to use any of these terms while visiting Alaska or Texas as they will probably just look at you odd.

So in no particular order here goes:

This saying stems from a long winded joke in which Tom, Dick and Harry told their wives they had to go into work on a Saturday. They lied. Instead they went golfing (and drinking and smoking) all day. On the 9th hole Harry dropped dead from a heart attack. Weighing their options for the love of golf and the fear of being found out by their better halves they kept playing. When Tom returned home his wife asked him how his day went to which he replied “Oh, you know, hit the ball drag Harry.” This is usually used in context when someone first asks you how you’ve been and can replace the terms “same old, same old” or “living the dream”

Some of these sayings may stem from movies. Usually in a cigar lounge there is a nice flat screen TV and so cigar smoking and movie watching tend to go hand in hand. This saying is from the remake of Oceans 11 and is considered a “cockney” term. It means to be in trouble or “up the creek without a paddle.” After being used it is normally questioned by people who may not of heard the term before at which the explanation of “you know Barney…Barney Rubble….trouble” may be given

This is a person (usually a customer) who wants to beat you up on the price for something. Best described in an example: “Hey do you have an Liga Privada #9s?” “we do.” “what if I was to buy a box?” “we discount all our boxes 15% of the normal single cigar retail which is reflected in the price on the box.” “That’s the best you can do is 15%? What about taking off another $20?” “Jacob, we’ve got a chiseler here!”

I honestly don’t know where this saying came about. I’ve seen a picture of taxidermy work where a mouse is dressed as a cowboy and riding a snake, not sure if that has anything to do with it or if like a lot of songs from the 60s, 70s, and 80s it’s just a drug reference (alligator lizards in the air?) To be honest it doesn’t really matter because it all kind of works. The definition of this term is either a hectic positive or “crazy-good” situation. It is not used in any situation except to overstate the situation that you currently find yourself in. It’s a strange one I’ll agree and the closest thing I’ve come across is the saying “ride the wave” Let’s come up with an example. Two cashiers are selling Wonka bars (or Iphones?) and there are 10,000 people outside waiting for the store to open. About 10 minutes it would be acceptable for one cashier to look at the other and simply say “ride the snake” (an arm motion tends to go with it as well.)

The exact opposite of ride the snake. Example: This morning I woke up late, the dog made a mess downstairs and I stepped in it, I showed up to work and was told I have hygiene issues and was sent back home. When I returned home I read my mail to find out I had an unpaid parking ticket going back 10 years which had accumulated an extra $35 a week every week since, and because of that I now had a lean on my house and no longer had a license to commute back to work in order to make money to start paying this thing off. It would be acceptable to say “I am sucking pond water.”

Used to replace “hello, how are you today.” I don’t know what a bubbalou is but have found that it does not get a great response from women and should only be used to address men. Also if you really want to spice things up and know that the person you are addressing either has a chaotic occupation or lives in a shoe with 30 children the saying can be extended to “what’s new at the zoo bubbalou?”

This may come as a shock but most cigar stores or cigar lounges get less than their fair share of attractive woman. This is not to say it doesn’t happen and if you are an attractive woman and frequent cigar stores and/or lounges than God love you. But because of this anomaly when I woman walks through the door it is kind of like an event. Every one tucks in their shirts, stops telling dirty joke and tries to be on their best behavior. This has created the PC term of “Bright Eyed Star Gazer” example: “Shh Fred, look at the woman who just walked in, careful or you’ll scare her away” “You’re right, that one sure is a bright eyed star gazer.” (Another movie term, I think this one stems from “Gangs of New York”)

Finer Than a Frogs Hair-

Kent, you’re my first cousin, you’re family, a great friend and I love you. That being said unbeknownst to you, you have in a way gained a type of infamous notoriety amongst New Hampshire cigar smokers. When it is your responsibility to buy cigars for a group of people, whether it is for the Super Bowl, Thanksgiving or a cookout, you are faced with the dilemma of not wanting to be considered cheap but also not wasting money. In my case, my family knows I work in a cigar store so they have come to expect some really nice, really special cigars for family functions. It happens every year. My cousin Kent, who doesn’t smoke cigars except for special occasions, will grab one of the $10, $15, or $20 cigars I have brought. Light it and smoke it for about 3-4 minutes before stubbing it out. Every family has a “cousin Kent” and I encourage you moving forward to refer to them as “cousin Kents”

A big, usually ugly or unrefined looking cigar. These tend to be the type of cigars you would come across promising a lot of bang for your buck. Example: Get 20 6×60 ring cigars in a travel humidor for only $4.99!! It would be acceptable to label these cigars as “Big Honking Dog Rockets”

Usually referring to a smaller cigar, although not always. This is a cigar that does not look like much but packs a punch either in the spiciness or flavor (though usually not body) of the cigar. A great example would be some of the small Tatuaje or Room 101 Namakubi cigars.

Who Knows but the Phantom-

A reference to the old comic strip, this saying is usually used in the place of “Who knows what goes on behind closed doors” or “I don’t know why nor do I think anyone can explain why that just happened.” Example: “So did you hear the other day Tony came in and for 30 minutes went on about how he had Spartan blood running through his veins. He then tied his sweatshirt around his neck like a cape stood on the chair and continue to yell Sparta at everyone entering and leaving the humidor?” “Who knows but the phantom.”