A Brief History of Cigars in the United States 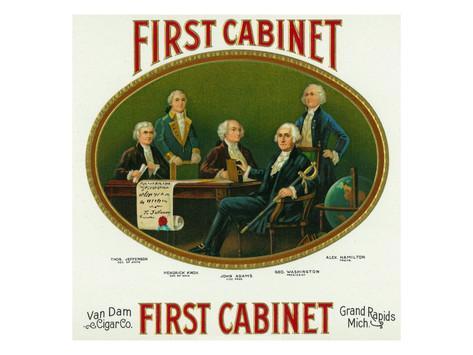 Okay, here is so far what I have gathered about the history if cigars in America. This has all been told to me by word of mouth from different people in the cigar industry as well as historians and antiques dealers. I will try to keep it in chronological order to the best of my ability however I am known for going off on tangents.

Tobacco itself was first grown as a cash crop in North America by the settlers of Jamestown in the 1600s; it was their primary source of income. It was widely used however not as much in cigar form but in chew and pipe tobacco form. George Washington grew tobacco.

Enter the 1800s up to the Victorian era, here cigar smoking is common while comparatively cigarette smoking is still considered rare. The cigar industry is an important one and represents a significant amount of the work force (here mechanized cigar rolling is not yet developed or still too impractical.) Cigar manufacturers begin moving their factories from Cuba to places like Tampa and Key West Florida. For example Vincente Martinez Ybor (ever hear of Ybor City?)

In the late 1800s Workers in New York are rolling at home and being paid by the cigar. It was not rare to enter a household of 6 and see everyone (including children) sitting in the kitchen rolling cigars. Cigars now at this time were much different than cigars are now. Just about every shape is a perfecto size and the ring gauge is far smaller than some of the monsters that we have today. If you come across an antique cigar cutter chances are it is only good for cutting a cigar with a tapered or torpedo tip to it.

February of 1962, no more Cuban Cigars due to a trade embargo. For political reasons, but more important safety as well as their lively hood many important Cuban figures flea Cuba and look to reopen factories elsewhere in the world with similar climates/soil. Joya de Nicaragua is the first cigar factory to open up in Nicaragua in 1968 (they still have some workers in the factory today that have been there since the doors have opened) while Christian Eiroa (from Camacho and CLE fame)grew up in Honduras when his father was the first to bring the cigar industry to the country.

The boom of the 1990’s hits, some say due to a scandal involving then United States President Bill Clinton. Cigar sales in the United States grow overnight 500% nationwide. This caused two things to happen. One, business men who had absolutely no knowledge of cigars were opening up factories and producing cigars to try to get rich quick. This caused the average quality to plummet. (I heard a story from a Cigar Company President about how he was talking to a man who had just bought a cigar factory during the boom and the man told him that his workers were harvesting the cigars off the trees and putting them in cellophane.) The second impact on the cigar boom is that it introduced many people to cigars which many believe caused the snowball effect of cigars getting stronger and stronger. In 1990 for example the strongest cigar on the market as “Punch”. When Ernesto Carillo created the La Gloria Cubana Serie R no one had ever smoked anything like it.

Today cigars have perhaps stopped competing for strength (at least in the past couple years or so) but have taken on competing for size. The first cigar with a 60 ring gauge came out from the Gran Habana Factory and the first 70 ring gauge was a JFR made by Casa Fernandez only a few years ago. Today Asylum 13 has released an 80 ring cigar (to make the 70 ring look more normal the owner answered when asked about the large ring.) and Cro Magnon has released a $100 cigar called the” Femur” which is a 133 1/3 ring gauge.

In the years to come some important things which stand to change the cigar world as we know it now are the impending threat that the FDA, haven taken over tobacco legislation, may impose strict guidelines to premium cigars as well as the rumor of how (with Fidel Castro out of the picture) the Cuban trade embargo may be lifted after 50 plus years.

Please comment and let me know what you think we will see occur in the cigar industry in the years to come. Thank you for reading!