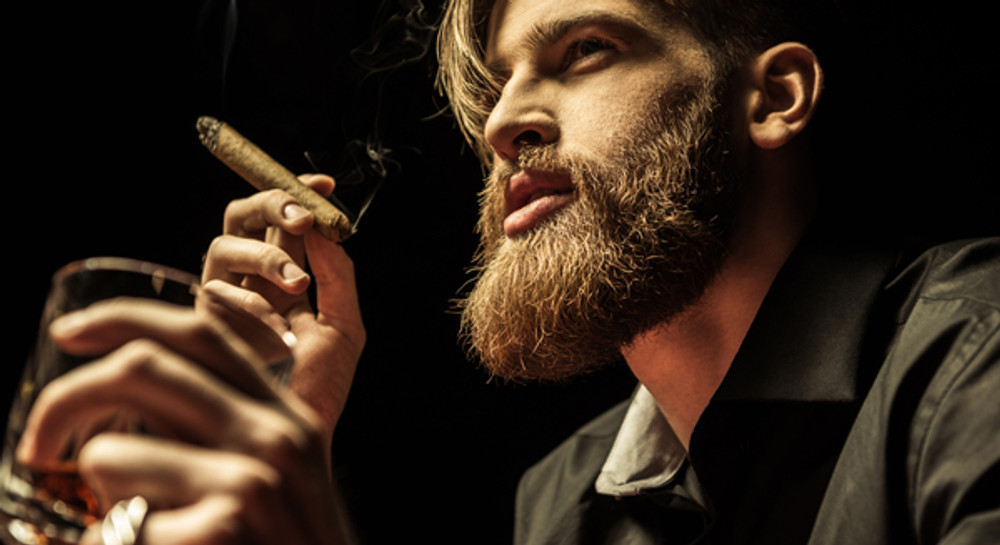 Throughout the years, some well-known men (and women!) have been associated with the cigar. A list of the 100 top well-known cigar aficionados throughout the years has been developed by Cigar Aficionado. Here are some interesting tidbits about some very famous cigar smokers.

JOHN F. KENNEDY (President of the United States) In 1962, JFK wanted 1,000 Petit Upmanns from Cuba. He gave his press secretary, Pierre Salinger, less than 24 hours to round them up. He was about to sign an embargo prohibiting any Cuban products from entering the country, including his beloved cigars. Mr. Salinger did so in the nick of time. Since then, Cuban cigars have been off limits. Favorite cigar: Petit Upmann

GEORGE BURNS (Comedian) George Burnssmoked his El Producto cigars during his act, not because he couldn't afford a more expensive cigar, but because they stayed lit on stage longer than the more tightly packed Havana smokes. "If I had taken my doctor's advice and quit smoking when he advised me to," Burns quipped at age 98, "I wouldn't have lived to go to his funeral." Favorite cigar: El Producto

WINSTON CHURCHILL (Prime Minister of England) Churchillsmoked 10 cigars a day, primarily Cuban brands. As the story goes, the prime minister requested that a special mask be created that would allow him to smoke while being airborne. His favorite: Romeo and Julieta

ERNIE KOVACS (Comedian and Television Personality) The '50s TV genius smoked 20 Cuban double coronas a day, and his commercials with his wife, actress Edie Adams, for sponsor Consolidated Cigar's Dutch Masters and Muriel cigars are considered classics. When he died, his philosophy of excess was extolled on his tombstone: Nothing in Moderation.

MARK TWAIN (Author) The author of The Adventures of Tom Sawyer and The Adventures of Huckleberry Finn smoked at least 22 cigars a day, maybe as many as 40. Twain, née Samuel Clemens, supposedly once declared, "If smoking is not allowed in heaven, I shall not go." Favorite cigar: Anything but a Havana

THOMAS EDISON (Inventor) Best known for bringing electric light and recorded sound into the world, Edison was an avid cigar smoker. He liked to celebrate an invention with a stogie.

WHOOPI GOLDBERG (Actress and Stand-Up Comedian) Whoopi is as unpredictable in her career and in her cigar choices. She was nominated for an Oscar for her performance in The Color Purple and was named best supporting actress in Ghost. She is an actress, stand-up comedian and social activist. So it goes with cigars. While she prefers small cigars, she's been known to light up a big Cohiba now and then.

DAVID LETTERMAN (Late Night Show Host) Letterman brought cigar notoriety to late-night television. He would frequently sneak puffs from a double-corona-sized smoke during commercial breaks. Often the camera would catch him in the act. Guests would arrive on his show bearing (Cuban) gifts.

DEMI MOORE (Actress) Moore is said to be partial to small cigars, such as the Montecristo Joyita, but also enjoys a Cohiba No. 2 or a Montecristo No. 2.

For a complete list of the 100 cigar lovers of the twentieth century go to https://www.cigaraficionado.com/article/the-top-100-cigar-smokers-of-the-twentieth-century-8111.