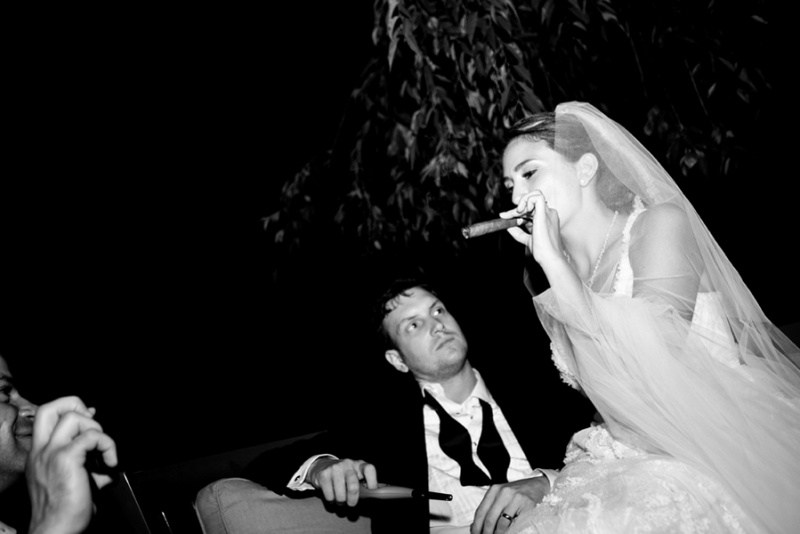 So, you’re getting married, congratulations! Whether you’re a regular cigar smoker, a-nice-day-BBQ- cigar-smoker or a maybe a once-a-year-cigar-smoker, this probably is the only day you can get away with smoking a cigar without her, or really anyone, saying anything to stop you. Don’t let it go to your head; they always give the guy tied to the post facing the firing squad a smoke too. Of course, you can’t be the only one smoking, that would be rude and because it’s your wedding day, you are expected to get the cigars, and by “get” I mean buy.

Now read carefully as we only get married two or three times in life, so you won’t want to screw this up. In a perfect world, let’s say there are going to be a hundred people at your wedding. It would be great to “get” four boxes of 25-count Ashton. Ashton is a great cigar. One hundred people, one hundred cigars, perfect. You have this all figured out already. However reality…cold, obtrusive reality will trip you up when you’re not looking and laugh at you on the floor. She’s going to find out that you want to spend $900 on cigars and call you out on it and probably because it’s close to the wedding day (any time up to a year or so) start crying and tell you that you’re selfish. Usually this will all happen in front of your friends. But you love her and you want to make her happy. Plus she really wants that harp player playing non-stop for 30 minutes while everyone is walking into the church, for the bargain price of $2,800.

So, what to do now? My formula is take the number of people attending and cut it in half then shave some off the top. One hundred people, half will probably be guys, so now we are down to 50. However, some of those probably don’t smoke cigars (or have girlfriends) while others are probably seven years old and if you give them a cigar, you’re going to jail. Nothing like spending your wedding night with Bubba. Down to let’s say 35 people now. Here is the tricky part, some guys (including yourself) might smoke two cigars while some woman will opt to smoke one, too. So back up to 40-45 cigars.

So we have the number, now what do we buy them? Again, Ashton’s are nice but do you want to buy everyone, including people who may have never smoked a cigar before, a $12 cigar? Let me tell you what I did. I bought two 20 count boxes of something that I liked that was mild to medium and didn’t cost an arm and a leg. Remember if the ice sculptures, singers, and magician aren’t there because you can’t afford them, you’re going to have hell to pay. I personally went with two boxes of Perdomo Lot 23 (one Connecticut and one maduro) they’re good, smoke nice, and cost around $85 for a box of 20. On a side note, it is important for you to like the cigars and for them to be a cigar which has a taste that never gets old to you.

Reason 1: If there are any left they’re yours.

Reason 2, “I can’t smoke a cigar right now? But pookiebear it’s the cigar I smoked on our wedding day I thought it would be romantic”. actually works a lot better than you think it would.

So, you have two twenty-count boxes now. I found it was best at this point to get about five or six really nice high end cigars for you and the groomsmen. This is your time to splurge. Even if those six cigars end up costing as much as the two boxes you are still coming in under budget, which means that you’ll be able to afford the table centerpieces with the waterfalls.

Some other great cigars at a great price to get for weddings are the Alec Bradley American Classics, The Arturo Fuente 8-5-8 Naturals, The E.P.Carillo New Wave Connecticut Brillantes and the San Lotano Connecticut Robustos. As for the special few cigars, go over to the high-end case and get those cigars that you’ve been looking at for a year but haven’t been able to justify shelling out the dough for. This is the right time, believe me.