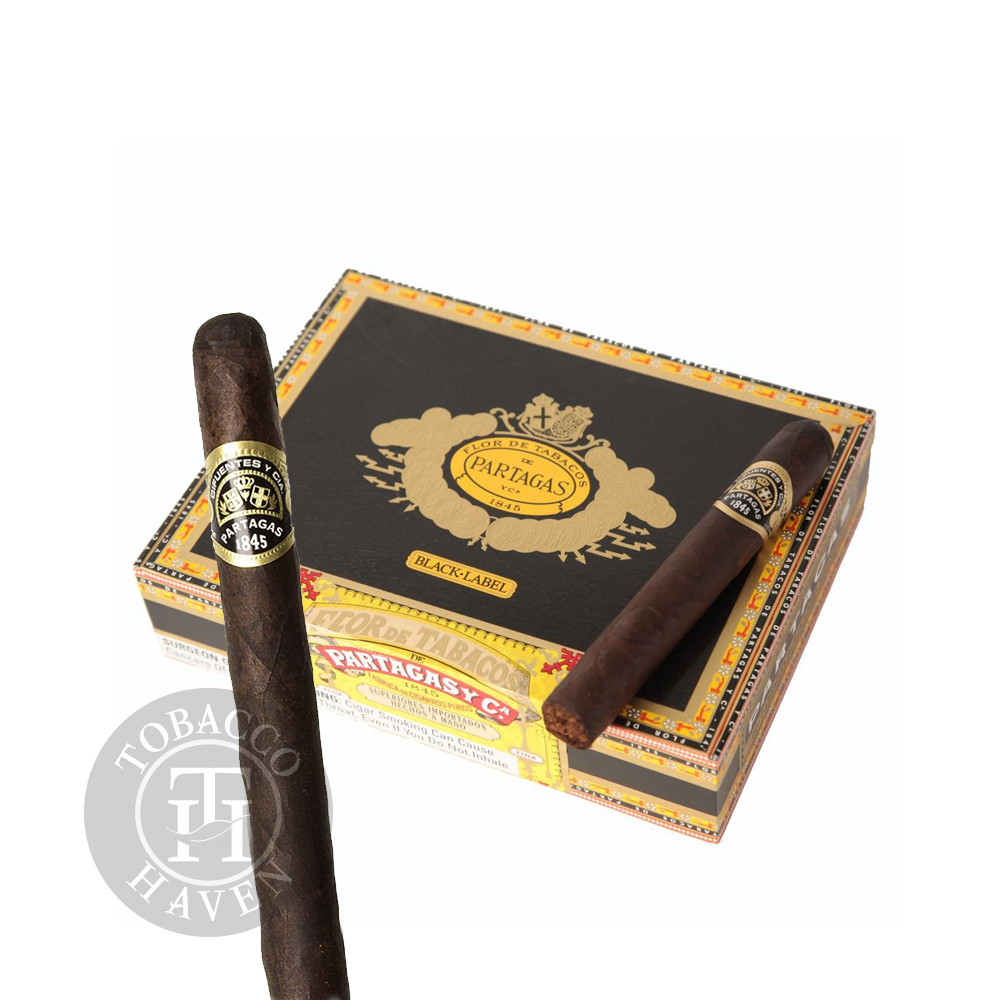 In order to create Partagas Black Label, Daniel Nuñez and his colleagues spent 10 years perfecting the Medio Tempo wrapper and the La Vega Especial binder. Cuban-seed Medio Tempo wrappers are darker, heavier and richer than other wrappers because they are harvested only after they have been allowed to age on their plants 50% longer than other wrapper leaves. The La Vega Especial binder is sun-grown in the Dominican Republic to give it a deep, rich flavor of its own. To enhance the cigar's full-bodied character even further, the blend is a mixture of Nicaraguan Ligero and Dominican Piloto Cubano Ligero. These tobaccos and a larger ring gauge translate into a richer, fuller-bodied flavor.

There are no reviews yet.